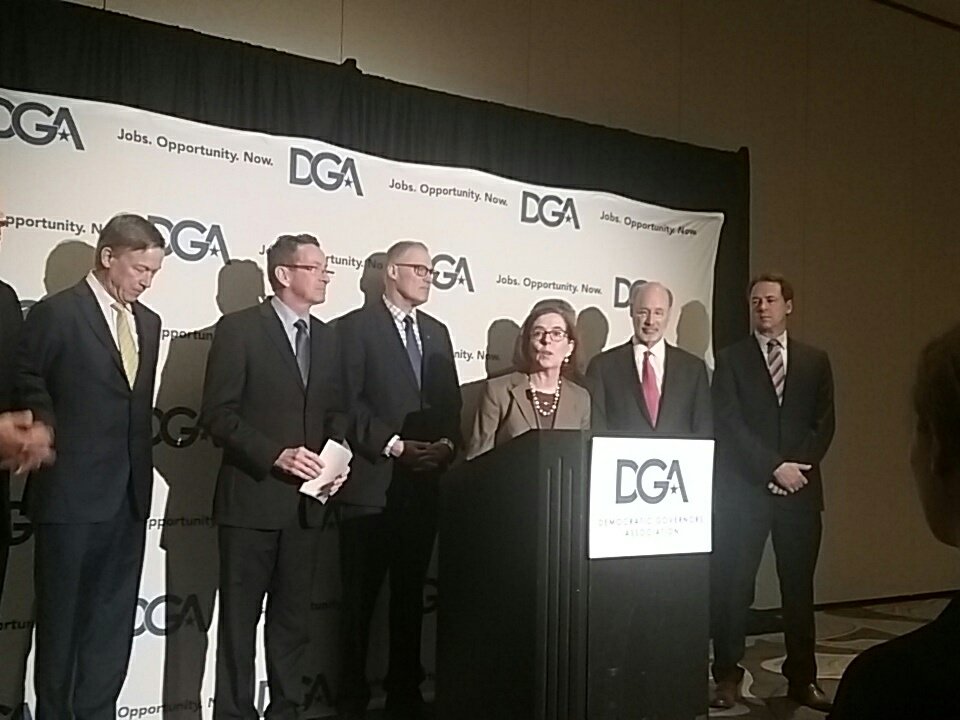 Washington, Feb. 26 – Speaking this weekend, Oregon Gov. Kate Brown’s focus was firmly on job opportunities for all Oregonians, including people with disabilities.

“We will be working hard to make sure that Oregon’s economy continues to thrive,” the Democratic governor said at this weekend’s National Governors Association Winter Meeting. “It’s about jobs; it’s about kids. It’s about making sure that Oregonians have the door of opportunity open for them.“

Responding to a question from RespectAbility’s reporting staff about workforce development, Brown immediately talked about curb cuts and social activism as a metaphor to talk about building an inclusive economy.

“What we learned from the Curb Cuts fight is that by providing curb cuts for our vulnerable citizens, it benefits all of us,” Brown responded.

“My fight,” she went on to say, “is to make sure we take care of our vulnerable populations and by doing that, it lifts all of us up.”

She then talked about how fighting for services for people with physical and mental challenges “are fully integrated into the work we are doing to make sure Oregonians have good paying jobs.”

There are 320,586 Oregonians with disabilities who are between the ages of 18-64. Additionally, there are 14,000 Oregonians ages 16-20 with disabilities. More than 72,000 Oregon students have individual education plans (IEPs). However, some Oregon children with disabilities may not yet have received a disability diagnosis they need, and thus are not yet receiving the school accommodations and supports that they need to succeed.

When asked about education, Brown responded, “we need to ensure that we have an education system that enables our children to graduate from high school with a plan for their future.”

She also discussed school to work transitions for youth with disabilities as part of her overall vision for the state. Her goal is to have a “seamless system…from cradle to career.” She acknowledged past struggles in her state to make that vision a reality, but her tone remained optimistic for all Oregonians, including people with disabilities.