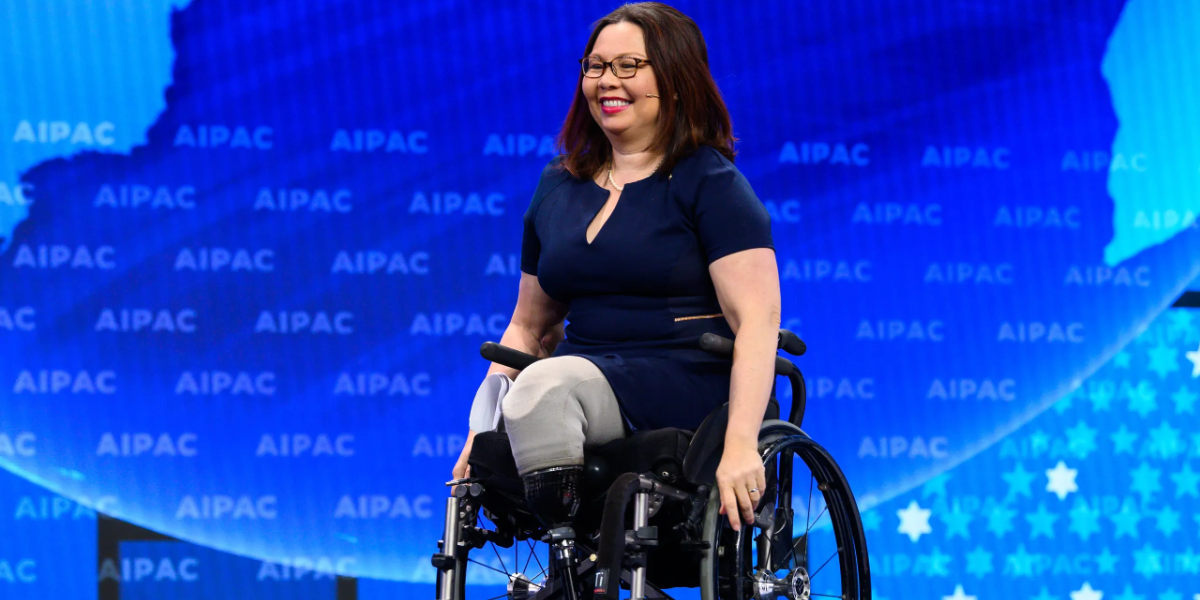 Sen. Tammy Duckworth Serves as Role Model for Many

Washington, D.C., May 23 – Since being elected to represent Illinois in the U.S. Senate in 2016, Tammy Duckworth has carved a name for herself as an advocate for disability and veterans’ rights. She also bears the honor of having many “firsts” to her name. Born to Thai mother of Chinese heritage and an American father on the 12th of March 1968, Sen. Duckworth is the first Thai woman to be elected to U.S. Congress, the first woman to give birth while serving in office as a U.S. senator, and is the first female Senator to use a wheelchair.

According to the U.S. Census, as of 2019, there were 18,297,153 Asian Americans living in the United States. Out of that number, there are 1,315,999 Asian Americans who identify that they are living with some form of disability, many of whom face double discrimination. Sen. Duckworth is helping to fight these stigmas as a very public role model.

Prior to serving in Congress, Sen. Duckworth joined the Army Reserve Officers Training Corps, following the footsteps of her father who served in World War II and the Vietnam War. As a member of the Reserve, she joined flight school while also working as a member of the staff supervisory team at Rotary International Headquarters in Illinois. She also served as the the Coordinator of the Center for Nursing Research at the Northern Illinois University.

“I fell in love with the military, especially the discipline it required and the fact that it was a true meritocracy,” she said. “I felt such an overwhelming sense of patriotism that I was putting on my nation’s uniform and swearing to defend her with my life.”

Sen. Duckworth served four years as a helicopter pilot and was deployed to Iraq. She became the first female soldier to lose both legs and the mobility of her right arm following an attack by Iraqi insurgents that downed the helicopter she was co-piloting. She retired from the Army National Guard as a Lieutenant Colonel in 2014 and was awarded the Purple Heart for wounds sustained in combat.

Sen. Duckworth, who is fluent in both Thai and Indonesian, attended college at the University of Hawaii and earned a Masters of Arts degree in International Affairs from the George Washington University. She moved to Illiniois and began pursuing a PhD in Political Science at Northern Illinois University.

Sen. Duckworth’s political journey began in 2006, when she ran for the for the U.S. House. While she lost to Rep. Peter Roskman, that same year, she was appointed Director of the Illiniois Department of Veterans Affairs by then-Gov. Rod Blagojevich. In 2009, she was appointed assistant Secretary of the U.S. Department of Veterans Affairs by former President Barack Obama.

Having served for two years in the Obama administration, Duckworth decided to run again for the U.S. House. This time, she won, defeating the incumbent Rep. Joe Walsh, 55 to 45 percent.

Then in 2016, she faced off against incumbent Republican Sen. Mark Kirk. In an unprecdeneted election year, Illinois faced a choice between two candidates with visible disabilities. Sen. Kirk joined the disability community after a stroke in 2012. Despite a rancorous election that year, both candidates articulated clear visions of the future for Americans with disabilities by submitting their respective answers to RespectAbility’s non-paritsan voting guide in the fall of 2016:

Sen. Duckworth prevailed on Election Night with 54.9 percent of the vote and she has spent her time since working to improve the lives of people with and without disabilities.

Throughout her tenure in Congress, Sen. Duckworth championed the rights of veterans and individuals with disabilities. She made it a point of duty to educate her fellow legislators about accessibility to the point of turning down event invitations that were wheelchair inaccessible.

Sen. Duckworth has served on many committees including Committee on Armed Services, Committee on Oversight and Government Reform and Committee on Small Business and Entrepreneurship, among others. She also has been honored with several awards. In 2019, she received the Gordon Mansfield Congressional Leadership Award from the Paralyzed Veterans of America in honor of her tireless advocacy for the civil rights of veterans and people with diabilities. She also was honored with the American Association of Perople with Disabilities ADA Legacy Award for her contributions on behalf of Americans with disabilities.

Sen. Duckworth has continually proven through her efforts and commitment in fighting stigma to expand opportunities for people with disabilities. She faces relection in 2022 in a profoundly changed electoral environment, but with a proud record of leadership, service and accomplishment.